Look for the 'Product Lock' number displayed at the top. This must be a positive number larger than zero. If you are running Lightwave in Discovery Mode or with the 30 day trial, you will not be able to generate any license for Lightwave compatible products. So make sure to have a valid Lock id before purchase.

Lightwave 11.0.3 introduced a new software-only licensing system that provides a software lock id. Microsoft office. All Lightwave products work properly with this new system and there are no compatibility issues at all. Once you have your ID, head to your Dashboard here on vfxwizard.com, and look in the 'Your Products' tab. You'll find your product's record, awaiting for the license key to be generated.

Copy this license key and paste it where needed in the Lightwave compatible product you own. Please refer to each specific product for details about this: different product use different license keys. How do I change the Lock ID after generating the license key? Product IDs can not be changed after the key has been generated Triple check that the number is correct before entering it. The system will prevent you from entering invalid values and generating an invalid key, but if you mistakenly type a valid dongle id that does not match your dongle ID the generated license key won't work and it can't be replaced. License keys can only be reissued to a different Product Lock Id if NewTek notifies us that it has exchanged your Hardware Lock with another.

This process of notifying third-party vendors is part of the dongle exchange procedure. This does not apply to software Lock Ids because these Ids never need replacement. How are multiple licenses handled (volume licensing)? Depends on the amount of licenses. We may either add to your account several authorizations, or if you prefer, request a list of Dongle IDs and send you a list of matching license keys. 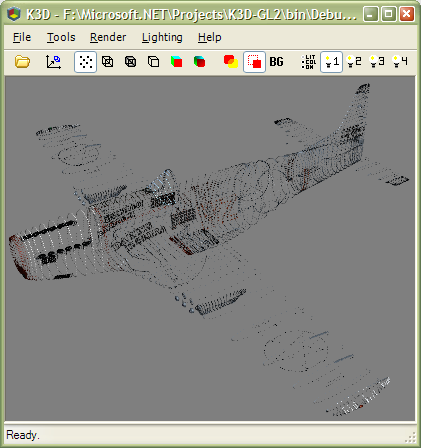 Either ways, generating multiple licenses is a manual process, so there may be a 48 working hours delay. The delay applies only to order processing, once the authorizations are generated you will be able to enter dongle IDs and get licenses in real time. Are there other licensing mechanisms available for Lightwave products? Yes, different licensing mechanisms can be arranged for qualified customers.

Tell us what you need and we'll see what can be done. Please let us know if your seats are allowed to access the internet -it makes a lot of difference.

Videoscape Boxshot 1990 - LightWave 3D 1.0 1990 saw the first actual release of LightWave on the Commodore Amiga-based Video Toaster. NewTek had been promising its arrival for about two years at this point, but the problem lay with the chipset for the Video Toaster itself, not LightWave. At this point in time, there were 3D programs available, but they tended to cost tens of thousands of dollars, while the whole Toaster retailed for less than $5,000. The only real competition for 3D on the Amiga at that time came in the form of Imagine. • screens courtesy: Ernie Wright.

Video Toaster Logo 1992 - LightWave 3D 2.0 The Video Toaster got an upgrade in 1992 and so did LightWave. Later that year NewTek released the 'LightWave 2.5 Pro' slice upgrade.

This was the first version to have built in lens flares and some other 'special' goodies for the Lightwaving Toaster users. 1993 - LightWave 3D 3.0/3.1 LightWave was still locked to the Video Toaster with the VT4000 that came out this year, however a small company called Industrial Might and Logic catered to a growing number of people that wanted access to LightWave but didn't or couldn't use the Video Toaster (because they had Amiga 3000s or lived in countries that used a television system other than NTSC). IML (natch) created their own dongle (named 'LightRAVE' often referred to simply as 'RAVE') that emulated the presence of the Video Toaster card so that LightWave could be run on machines without the desktop video card. • screens courtesy: Bernhard Bazant • box shot courtesy: Norm Pickthall. Boxshot and Logo 1999 - LightWave 3D 6.0 The redesign version! LightWave got a major redesign and a new element - the Hub - was introduced to synchronize files between Layout and Modeler automatically. There were numerous other changes, such as a new, user-editable menu system, the ability to have multiple layers in a single object along with the ability to keep them in sub-patch mode, rather than having to freeze when you saved out of Modeler.